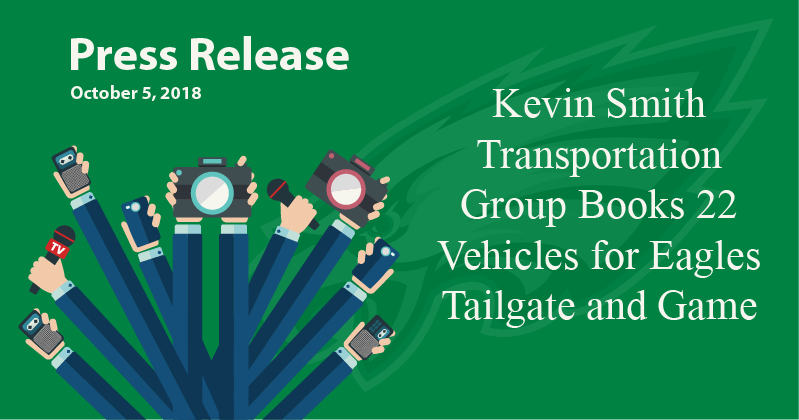 “The success of the Eagles last year has created a firestorm of interest for people to not just attend an Eagles game but also “experience” the atmosphere at the Linc”, said Kevin Smith, Owner & CEO.  “Booking a party bus or limousine for a tailgate has become a frenzied activity with people racing to ensure they can book the vehicle they want”.

“It was like the old commercials on TV.  ‘There’s that Action News van again” except this time it was a KSTG Party Bus” said Kevin Smith.

With Carson Wentz back and the Eagles now 2 and 2, there is no reason to see the interest slowing down.  “We are already at 80% capacity for the remainder of the season and we definitely expect to sell out for every home game”, said Kevin Smith.

The Eagles still have 6 home games left this season and that doesn’t include the possibility of any home playoff games.  No doubt the excitement of another Super Bowl run is on the minds of all Eagles fans.  As the Owner of Kevin Smith Transportation Group said, “Go Birds!”

Kevin Smith Transportation Group is a luxury limousine and corporate transportation company that services the entire greater Philadelphia, PA area.  While launching only 3 years ago, they have already positioned themselves as the preferred partner for more than 550 companies and more than 175 wedding venues.

Supporting a cross-section of vertical markets including social, corporate and academic, KSTG has focused on luxury service as their differentiator and their motto, Service Different, has become the reason many clients have shifted their work to their team.

For more information, press only: