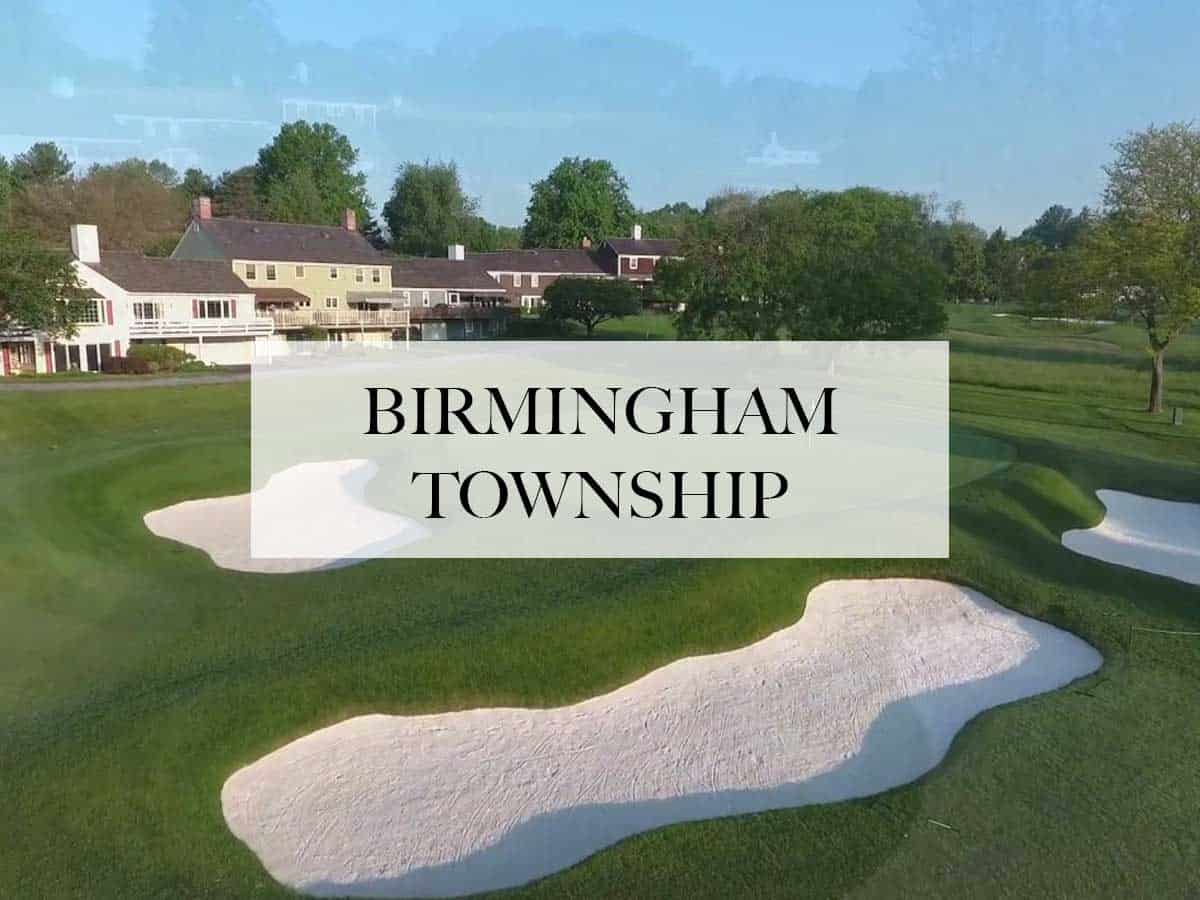 Kevin Smith Transportation Group is a Luxury Transportation company that services the entire Greater Philadelphia, PA area.  KSTG delivers services daily in Bucks, Chester, Delaware, Doylestown and Philadelphia counties.  This includes more than 300 cities, towns, boroughs and Providences across the area.  One of the places a KSTG vehicle will regularly service is Birmingham Township, PA.

Kevin Smith Transportation Group delivers both Leisure and Corporate Transportation services in Birmingham Township, PA.  KSTG’s Leisure division will often be seen sending out a Wedding Limo or Wedding Shuttle on most weekends.  Service requests for a Limo or Party Bus for a Night on the Town or a trip to Philadelphia, PA for a concert or show is very common and popular for those who live in Birmingham Township, PA.  The exciting requests for a Party Bus to the Manhattan Cruise Terminal or a night out at the casinos makes for a great night.

Other Corporate Transportation services that Kevin Smith Transportation Group offers companies in Birmingham Township, PA include Shuttle Services.  This may be needed for moving employees to local SEPTA stations for both their morning commute and returning home in the evening.  KSTH Sprinters and Mini Buses are popular vehicles for this service.  Some companies, with offices or clients around the country, often have employees traveling through local FBO’s.  When Private Aviation is utilized, KSTG Cadillac XTS’s and Black Yukon’s are often seen transferring employees from their offices in Birmingham Township, PA to those local FBO’s including Northeast Philadelphia Airport, Doylestown Airport and Wings Field.

Many companies in Birmingham Township, PA have been pushed by their Senior Management or Counsel’s office to follow strict Duty of Care requirements with their employees.  This means that the days of using an unregulated Black Car Service for Corporate Transportation services is no longer allowed.  For Kevin Smith Transportation Group, this means that our Black Car Service division, including our fleet of Cadillac XTS’s, Black Yukons and Black Infiniti’s, are regular visitors to Birmingham Township, PA.

Birmingham Township, PA is a township in Chester County, PA.  The population is estimated at 4,208. Birmingham Township, PA was the site of the Battle of Brandywine, September 11, 1777, during the American Revolutionary War. Over 18,000 men were engaged. It was, until that time, the largest land battle on the North American continent. Birmingham Friends Meeting, founded in 1690, is the location of a common grave of both American and British casualties. Much of the original battlefield around the meeting is preserved to this day. Birmingham is the oldest township in Chester County. The township was recently rated by Philadelphia magazine as one of the top five Best Places to Live in the suburbs of Philadelphia and as the “Place with the Biggest Paychecks”.

Birmingham Friends Meetinghouse is a historic Quaker meeting house at 1245 Birmingham Road in Birmingham Township, Chester County, PA. The current meetinghouse was built in 1763 and added to the National Register in 1971. The building and the adjacent cemetery were near the center of fighting on the afternoon of September 11, 1777 at the Battle of Brandywine. Worship services are held weekly at 10am.

The first Quaker meeting in Birmingham Township was held about 1690. In 1718, a meetinghouse was built from red cedar logs. A burial ground, surrounded by a stone wall, was established in the 1750s. The building was made out of stone in 1763 and measured 38 by 41 feet. During the Battle of Brandywine, the British forces attempted to flank the Continental forces under General George Washington. The Continental forces rushed north to meet the British in the area of the meetinghouse. It was used as a hospital first for the Americans, and after the battle for British officers. The stone wall around the cemetery was used as a defensive position by the Americans. After the battle, dead British and American soldiers shared a common grave in the cemetery.

The meetinghouse was enlarged in 1819 and an octagonal school was completed in August, 1819 at a cost of $712.57. The school was used off and on through 1905 and is included in the NRHP site. In 1968 Quaker architect Mather Lippincott designed a new education building to the north of the meeting house.

The school is now used as The Peace Center at Birmingham.

The entire team at Kevin Smith Transportation Group is proud of our partnership with every company, venue and person from Birmingham Township, PA who chooses KSTG as their #1 Transportation Company.  We believe our priorities around luxury helps us deliver our services for everything from a once in a lifetime Wedding celebration to supporting our Corporate clients who require use of our Shuttles and Sprinters for a company event.  With Birmingham Township, PA and KSTG working together, we are confident KSTG vehicles will continue to support the entire area for years to come.