Folcroft, PA is a borough in Delaware County, PA. The population is estimated at 6,606. The origin of Folcroft can be traced back to the mid-1600s and early settlements of New Sweden. Limo Service in Folcroft, Pa 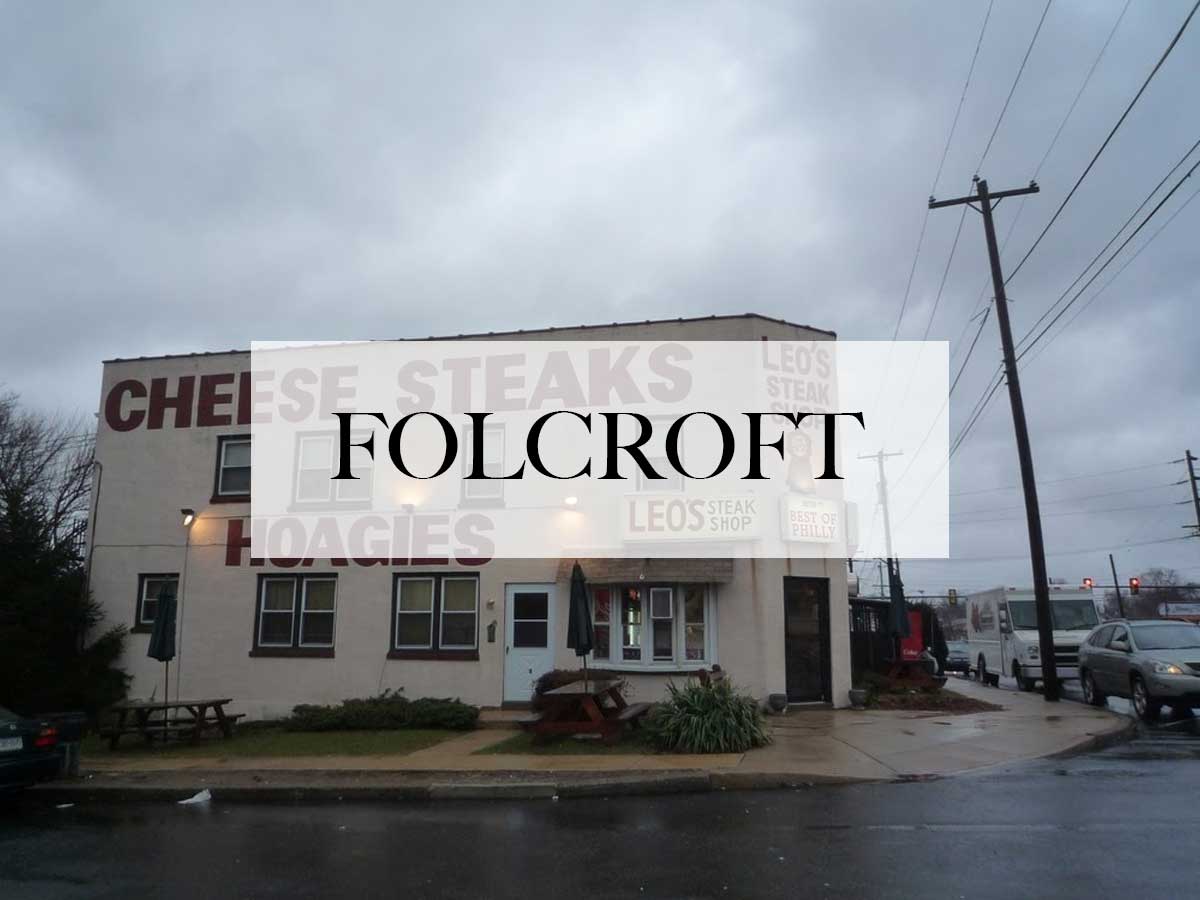 Like the other 300 plus communities that Kevin Smith Transportation Group services, Folcroft, PA appreciates the engagement that only a local company can deliver, With operations based across southeastern PA including Berks, Bucks, Folcroft, Delaware and Montgomery Counties and the entire Philadelphia, PA area, KSTG is the obvious choice for every person and business in Folcroft, PA.

For individuals and companies based in Folcroft, PA who have a need for either Leisure or Corporate Transportation services, Kevin Smith Transportation Group is the only solution you need. KSTG’s Leisure division will often be seen sending out a Wedding Limo or Call on most weekends. Wedding Shuttles can be seen every weekend in Folcroft, PA, moving everybody from Bridal Parties to Wedding Guests, making sure everybody can celebrate safely without the worry of figuring out how they will get back to the hotel safely. If a Party Bus rental is on your list, let KSTG arrange the perfect vehicle. Looking for something more elegant like a Stretch Limo and have KSTG send one of our Luxury Limos to Folcroft, PA and pick you up. Ideas may arrange for that landmark birthday celebration to simply a bar crawl with a group of life-long friends. Whatever the need, if your night is starting or ending in Folcroft, PA, let Kevin Smith Transportation Group deliver you in style.

Almost every business in Folcroft, PA will eventually have a need for professional Corporate Transportation services. It may be a one-time request for that VIP client to daily shuttle services moving employees back and forth from a regional rail station. Whatever the need, Kevin Smith Transportation Group’s fleet of Black Vehicles from Yukons to Cadillac’s are the perfect choice for those focused on Luxury and Quality. Airport Transportation is a common service request with Philadelphia International Airport (PHL) located so close to Folcroft, PA. With more than a dozen International Airports in the Mid-Atlantic area, many companies will utilize KSTG’s services for Airport Transportation to places like Newark international (EWR), Kennedy Airport (JFK) and other airports north and south of the Folcroft, PA area.

Other that Kevin Smith Transportation Group offers companies in Folcroft, PA include Shuttle Services. What makes companies great in Folcroft, PA is their ability to recruit the best talent. That often means recruiting in non-traditional markets. With KSTG’s Shuttle Services, many companies today have expanded their target markets to locations up and down SEPTA’s regional rail lines, providing employees with an easier commute. After a long day at work, getting a chance to relax in the back of a KSTG shuttle and being dropped off at the rail station for a traffic-free commute home is setting apart those companies in Folcroft, PA who are leveraging this employee perk. In addition, many companies in Folcroft, PA have employees or clients who will be traveling from outside the region. Whether it is Philadelphia International Airport or a local FBO like Wings Field, Northeast Regional Airport or Doylestown Airport, KSTG has a fleet of Luxury Cadillac XTS’s and Black Yukon’s to make sure your visitors are delivered on time and safely.

Most companies in Folcroft, PA have begun to institute strict Duty of Care requirements around ground transportation, not allowing their employees to use any unregulated apps. This means that a company like Kevin Smith Transportation Group, with a highly skilled, licensed and screened staff of chauffeurs, becomes the perfect option for any company in Folcroft, PA who wants to offer their employees a safe and reliable transportation option. Black Car service is more than just a late model black vehicle. It is about providing a custom chauffeured experience where safety and luxury don’t have to be sacrificed.

Folcroft, PA has been a key contributor to the success of Kevin Smith Transportation Group. An award winning company since its inception, KSTG delivers daily to both individuals and companies across Folcroft, PA. So whether it is that once in a lifetime event that needs to be perfect or just a routine trip to the airport, let KSTG be your total ground transportation solution. Today, KSTG is Folcroft, PA’s #1 Transportation Company and as we continue to grow, the entire team at KSTG is excited to see where that success will take us. So for those who use us regularly or just once a year, thank you for making KSTG the company it is today.

Folcroft, PA is a borough in Delaware County, PA. The population is estimated at 6,606.  The origin of Folcroft can be traced back to the mid-1600s and early settlements of New Sweden. Delmar Drive was once part of Calcon Hook Road. Calcon is the Swedish word for “turkey,” and Hook is the Swedish word for “road”. The original road was a Leni Lenape trail called “Turkey’s Neck Trail” by the settlers, and was no more than 4 feet wide.

Originally productive farmlands, it became a residential suburb of Philadelphia with the construction of the Pennsylvania Railroad through the area in 1874. A passenger stop was built and named Folcroft, or “leafy fields”.

The Trinity Broadcasting Network was co-founded in 1973 by Paul Crouch, an Assemblies of God minister, and spouse Jan Crouch as KTBN.  TBN began their broadcasting activities by renting time on independent station KBSA (now UniMás owned-and-operated station KFTR-DT) in Ontario, California. After that station was sold, he began buying two hours a day of programming time on KLXA-TV in Fontana, California in early 1974. That station was put up for sale shortly afterward. Paul Crouch then placed a bid to buy the station for $1 million and raised $100,000 for a down payment.

After many struggles, the Crouches managed to raise the down payment and took over the station outright, with the station becoming KTBN-TV in 1977 and its city of license being reassigned to TBN’s original homebase, Santa Ana, in 1983. Initially, the station ran Christian programs for about six hours a day. KLXA continued to expand its programming to 12 hours a day by 1975 and began selling time to other Christian organizations to supplement their local programming; the station eventually instituted a 24-hour schedule in 1978.

The fledgling network was so weak in its first days, that, according to Crouch in his autobiography, Hello World!, it almost went bankrupt after just two days on the air. TBN began national distribution through cable television providers in 1978. The ministry, which became known as the Trinity Broadcasting Network, gained national distribution via communications satellite in 1982. The network was a member of the National Religious Broadcasters association until 1990.

In 1977, the ministry purchased KPAZ-TV in Phoenix, Arizona, becoming its second television station property. During the 1980s and 1990s, TBN purchased additional independent television stations and signed on new stations around the United States; the purchase of the existing stations was done in order to gain cable carriage, due to the Federal Communications Commission (FCC)’s must-carry rules. TBN’s availability eventually expanded to 95% of American households by early 2005