Hatboro is a borough in Montgomery County, PA. The population is estimated at 7,360. The town of Hatboro is located on land purchased from William Penn by the family of Nicholas More around 1705. The first land titles in town were issued in 1711. Limo Service in Hatboro, Pa 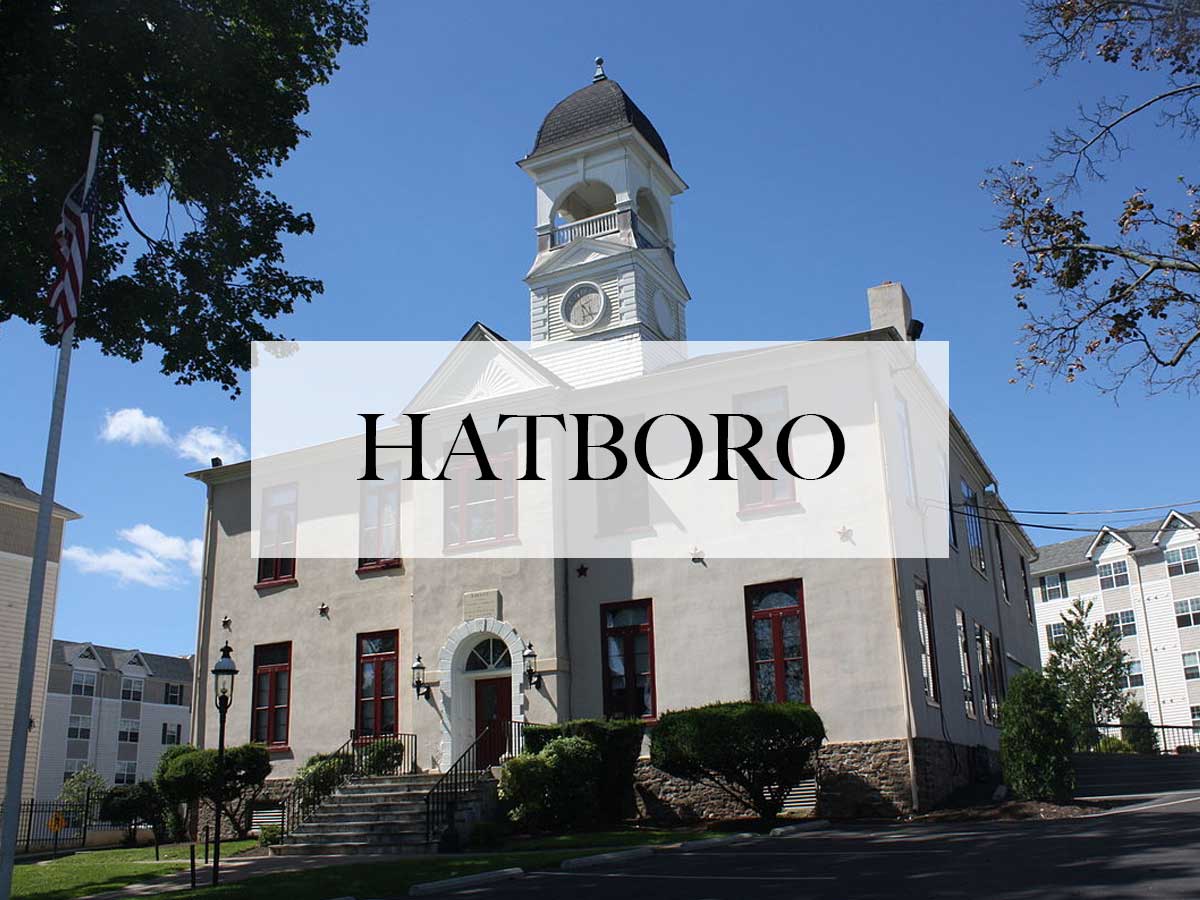 Kevin Smith Transportation Group is a Luxury Transportation company that services the entire Greater Philadelphia, PA area.  KSTG delivers services daily in Bucks, Chester, Delaware, Montgomery and Philadelphia counties.  This includes more than 300 cities, towns, boroughs and townships across the area.  One of the places a KSTG vehicle will regularly service is Hatboro, PA.

Kevin Smith Transportation Group delivers both Leisure and Corporate Transportation services in Hatboro, PA.  KSTG’s Leisure division will often be seen sending out a Wedding Limo or Wedding Shuttle on most weekends.  Service requests for a Limo or Party Bus for a Night on the Town or a trip to Philadelphia, PA for a concert or show is very common and popular for those who live in Hatboro, PA.  The exciting requests for a Party Bus to the Manhattan Cruise Terminal or a night out at the casinos makes for a great night.

Other Corporate Transportation services that Kevin Smith Transportation Group offers companies in Hatboro, PA include Shuttle Services.  This may be needed for moving employees to local SEPTA stations for both their morning commute and returning home in the evening.  KSTH Sprinters and Mini Buses are popular vehicles for this service.  Some companies, with offices or clients around the country, often have employees traveling through local FBO’s.  When Private Aviation is utilized, KSTG Cadillac XTS’s and Black Yukon’s are often seen transferring employees from their offices in Hatboro, PA to those local FBO’s including Northeast Philadelphia Airport, Doylestown Airport and Wings Field.

Many companies in Hatboro, PA have been pushed by their Senior Management or Counsel’s office to follow strict Duty of Care requirements with their employees.  This means that the days of using an unregulated Black Car Service for Corporate Transportation services is no longer allowed.  For Kevin Smith Transportation Group, this means that our Black Car Service division, including our fleet of Cadillac XTS’s, Black Yukons and Black Infiniti’s, are regular visitors to Hatboro, PA.

Hatboro is a borough in Montgomery County, PA. The population is estimated at 7,360.  The town of Hatboro is located on land purchased from William Penn by the family of Nicholas More around 1705. The first land titles in town were issued in 1711. Original construction by early residents of the town occurred between 1715 and 1719. Early settlement pre-dating the Hatboro name occurred in the Crooked Billet area east of York Road, between Moreland Avenue and Byberry Road.

Early resident John Dawson entertained guests at the Crooked Billet Inn as well as manufacturing a line of hats. When the post office opened in 1809 the town was officially called Hatborough. U.S. Postmaster General John Wanamaker officially changed the name of the town in the 1880s to Hatboro.

The Union Library Company of Hatboro, the third library company to be founded in Pennsylvania, was formed in 1755. This building still stands on its original site today and still serves as a library. George Washington and his troops passed through the town numerous times during 1777 in pursuit of British Troops. The Battle of Crooked Billet was fought in 1778.

The year 1811 saw the construction of the Loller Academy, the first bank was built in 1873, and railroad service connected to Hatboro in 1874.  The Loller Academy, Roberts and Mander Stove Company Buildings, and Union Library Company are listed on the National Register of Historic Places.

The main north-south road in Hatboro is Pennsylvania Route 263 (York Road), which serves as the town’s main street. Pennsylvania Route 332 begins at PA 263 in Hatboro and heads east on Montgomery Avenue and northeast on Jacksonville Road. The main east-west street in Hatboro is Moreland Avenue. Other important roads in Hatboro include County Line Road (which runs along the northern border with Warminster Township in Bucks County), Warminster Road (which runs along the eastern border with Upper Moreland Township), Byberry Road, and Horsham Road. The Willow Grove interchange of the Pennsylvania Turnpike (Interstate 276) is nearby in Upper Moreland Township.

The entire team at Kevin Smith Transportation Group is proud of our partnership with every company, venue and person from Hatboro, PA who chooses KSTG as their #1 Transportation Company.  We believe our priorities around luxury helps us deliver our services for everything from a once in a lifetime Wedding celebration to supporting our Corporate clients who require use of our Shuttles and Sprinters for a company event.  With Hatboro, PA and KSTG working together, we are confident KSTG vehicles will continue to support the entire area for years to come.