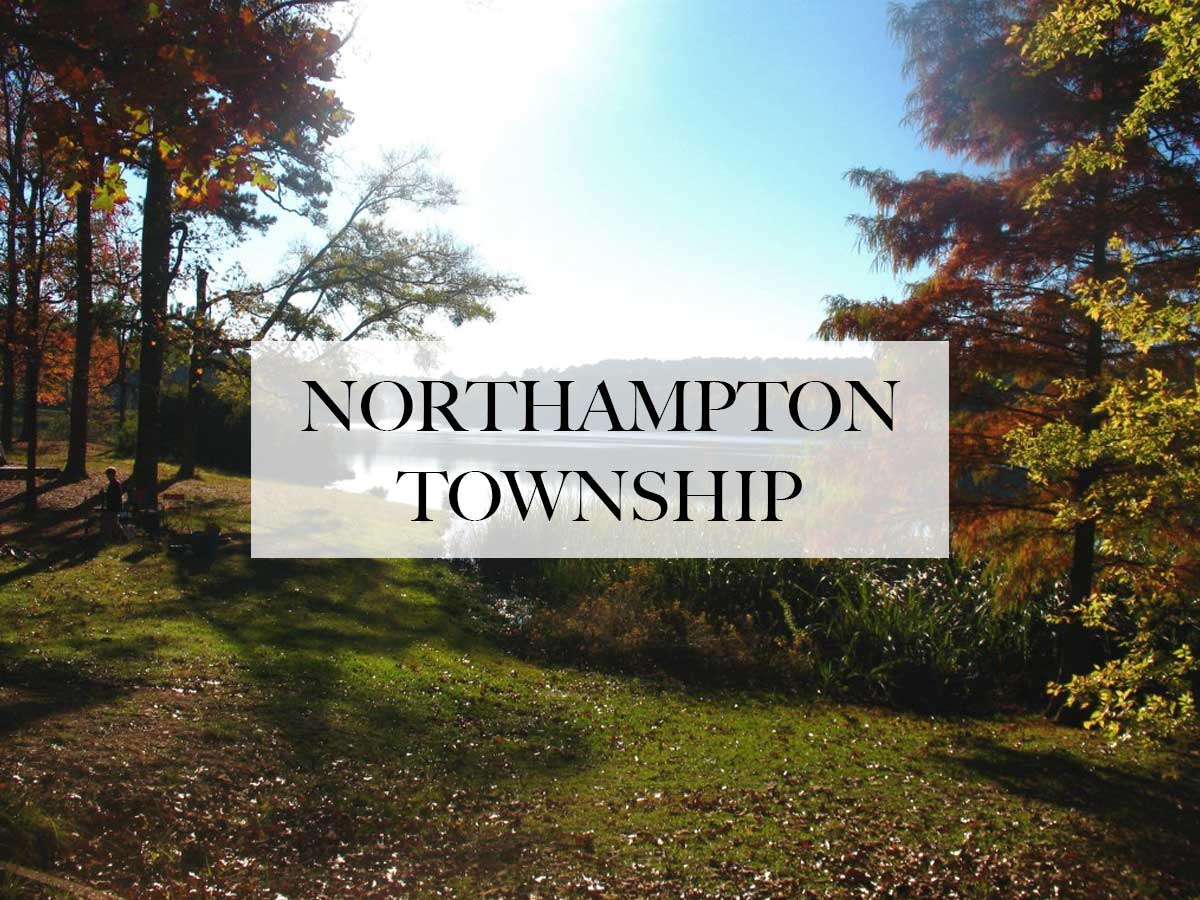 Kevin Smith Transportation Group is a Luxury Transportation company that services the entire Greater Philadelphia, PA area.  KSTG delivers services daily in Bucks, Chester, Delaware, Doylestown and Philadelphia counties.  This includes more than 300 cities, towns, boroughs and Providences across the area.  One of the places a KSTG vehicle will regularly service is Northampton Township, PA.

Kevin Smith Transportation Group delivers both Leisure and Corporate Transportation services in Northampton Township, PA.  KSTG’s Leisure division will often be seen sending out a Wedding Limo or Wedding Shuttle on most weekends.  Service requests for a Limo or Party Bus for a Night on the Town or a trip to Philadelphia, PA for a concert or show is very common and popular for those who live in Northampton Township, PA.  The exciting requests for a Party Bus to the Manhattan Cruise Terminal or a night out at the casinos makes for a great night.

Other Corporate Transportation services that Kevin Smith Transportation Group offers companies in Northampton Township, PA include Shuttle Services.  This may be needed for moving employees to local SEPTA stations for both their morning commute and returning home in the evening.  KSTH Sprinters and Mini Buses are popular vehicles for this service.  Some companies, with offices or clients around the country, often have employees traveling through local FBO’s.  When Private Aviation is utilized, KSTG Cadillac XTS’s and Black Yukon’s are often seen transferring employees from their offices in Northampton Township, PA to those local FBO’s including Northeast Philadelphia Airport, Doylestown Airport and Wings Field.

Many companies in Northampton Township, PA have been pushed by their Senior Management or Counsel’s office to follow strict Duty of Care requirements with their employees.  This means that the days of using an unregulated Black Car Service for Corporate Transportation services is no longer allowed.  For Kevin Smith Transportation Group, this means that our Black Car Service division, including our fleet of Cadillac XTS’s, Black Yukons and Black Infiniti’s, are regular visitors to Northampton Township, PA.

The communities of Holland and Churchville had commuter train service until January 1983 via SEPTA’s Fox Chase-Newtown Rapid Transit Line. Service was “temporarily” suspended due to failing train equipment resulting in poor ridership. While Churchville Station has been restored, Holland station was demolished in 2000.

In the ensuing years (particularly post-1995), there has been heavy interest in resuming passenger service by Bucks County officials. Several housing booms throughout the 1980s and 1990s have resulted in homes being situated directly adjacent to the dormant rail line. Though there is overwhelming support from a majority of residents looking for better public transportation options, several residents along Old Jordan Road in Holland have voiced NIMBY opposition to the reactivation of regular passenger service.

Northampton Township is part of the Council Rock School District which includes Northampton Township, Newtown Township, Newtown Borough, Wrightstown Township and Upper Makefield.  The Fox Chase Line is a route of the SEPTA Regional Rail (commuter rail) system. The Fox Chase Line branches from the SEPTA Main Line at Newtown Junction, north of the Wayne Junction station. It runs entirely within the city of Philadelphia except for a section between Olney and Cheltenham, Pennsylvania, which runs along the city border. Under the Reading Company service continued north to Newtown, but this ended in January 1983. Various proposals to resume this service have failed. The line within Montgomery County was converted into a rail trail is 2008 and 2014, respectively, ending any chance of resumed passenger service for the foreseeable future.

The entire team at Kevin Smith Transportation Group is proud of our partnership with every company, venue and person from Northampton Township, PA who chooses KSTG as their #1 Transportation Company.  We believe our priorities around luxury helps us deliver our services for everything from a once in a lifetime Wedding celebration to supporting our Corporate clients who require use of our Shuttles and Sprinters for a company event.  With Northampton Township, PA and KSTG working together, we are confident KSTG vehicles will continue to support the entire area for years to come.