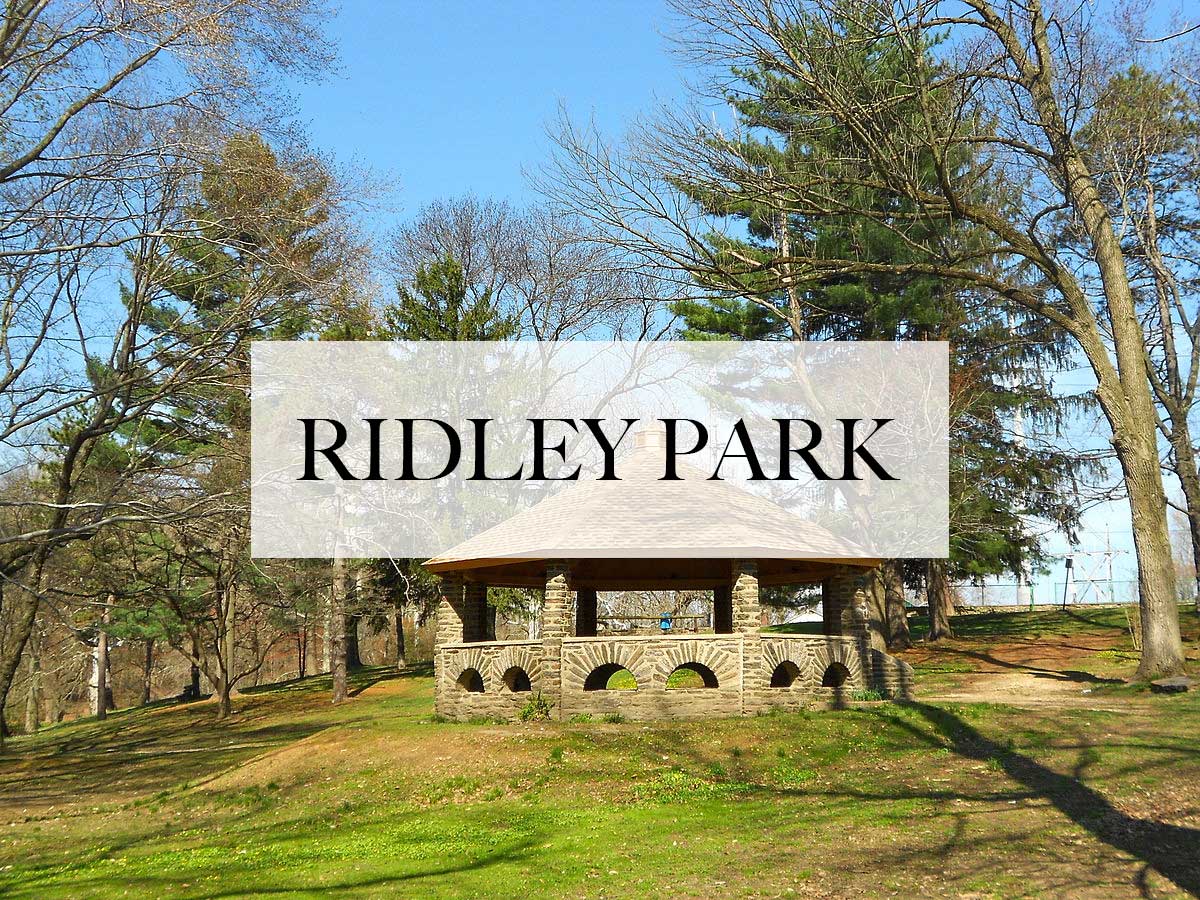 Like the other 300 plus communities that Kevin Smith Transportation Group services, Ridley Park, PA appreciates the engagement that only a local company can deliver, With operations based across southeastern PA including Berks, Bucks, Ridley Park, Delaware and Montgomery Counties and the entire Philadelphia, PA area, KSTG is the obvious choice for every person and business in Ridley Park, PA.

For individuals and companies based in Ridley Park, PA who have a need for either Leisure or Corporate Transportation services, Kevin Smith Transportation Group is the only solution you need. KSTG’s Leisure division will often be seen sending out a Wedding Limo or Call on most weekends. Wedding Shuttles can be seen every weekend in Ridley Park, PA, moving everybody from Bridal Parties to Wedding Guests, making sure everybody can celebrate safely without the worry of figuring out how they will get back to the hotel safely. If a Party Bus rental is on your list, let KSTG arrange the perfect vehicle. Looking for something more elegant like a Stretch Limo and have KSTG send one of our Luxury Limos to Ridley Park, PA and pick you up. Ideas may arrange for that landmark birthday celebration to simply a bar crawl with a group of life-long friends. Whatever the need, if your night is starting or ending in Ridley Park, PA, let Kevin Smith Transportation Group deliver you in style.

Almost every business in Ridley Park, PA will eventually have a need for professional Corporate Transportation services. It may be a one-time request for that VIP client to daily shuttle services moving employees back and forth from a regional rail station. Whatever the need, Kevin Smith Transportation Group’s fleet of Black Vehicles from Yukons to Cadillac’s are the perfect choice for those focused on Luxury and Quality. Airport Transportation is a common service request with Philadelphia International Airport (PHL) located so close to Ridley Park, PA. With more than a dozen International Airports in the Mid-Atlantic area, many companies will utilize KSTG’s services for Airport Transportation to places like Newark international (EWR), Kennedy Airport (JFK) and other airports north and south of the Ridley Park, PA area.

Other that Kevin Smith Transportation Group offers companies in Ridley Park, PA include Shuttle Services. What makes companies great in Ridley Park, PA is their ability to recruit the best talent. That often means recruiting in non-traditional markets. With KSTG’s Shuttle Services, many companies today have expanded their target markets to locations up and down SEPTA’s regional rail lines, providing employees with an easier commute. After a long day at work, getting a chance to relax in the back of a KSTG shuttle and being dropped off at the rail station for a traffic-free commute home is setting apart those companies in Ridley Park, PA who are leveraging this employee perk. In addition, many companies in Ridley Park, PA have employees or clients who will be traveling from outside the region. Whether it is Philadelphia International Airport or a local FBO like Wings Field, Northeast Regional Airport or Doylestown Airport, KSTG has a fleet of Luxury Cadillac XTS’s and Black Yukon’s to make sure your visitors are delivered on time and safely.

Most companies in Ridley Park, PA have begun to institute strict Duty of Care requirements around ground transportation, not allowing their employees to use any unregulated apps. This means that a company like Kevin Smith Transportation Group, with a highly skilled, licensed and screened staff of chauffeurs, becomes the perfect option for any company in Ridley Park, PA who wants to offer their employees a safe and reliable transportation option. Black Car service is more than just a late model black vehicle. It is about providing a custom chauffeured experience where safety and luxury don’t have to be sacrificed.

Ridley Park, PA has been a key contributor to the success of Kevin Smith Transportation Group. An award winning company since its inception, KSTG delivers daily to both individuals and companies across Ridley Park, PA. So whether it is that once in a lifetime event that needs to be perfect or just a routine trip to the airport, let KSTG be your total ground transportation solution. Today, KSTG is Ridley Park, PA’s #1 Transportation Company and as we continue to grow, the entire team at KSTG is excited to see where that success will take us. So for those who use us regularly or just once a year, thank you for making KSTG the company it is today.

The Lenape inhabited the Delaware River region several centuries before the arrival of European explorers and traders. The Okehocking Tribe of the Lenni Lenape Nation established small permanent villages along the river and its main tributaries. Land adjacent to Stoney Creek in Ridley Township has been identified as a Native American town site. Historians also believe that additional villages may have existed at other locations along Stoney Creek and Crum Creek in Ridley Park.[5] Native Americans significantly influenced the built environment through their network of paths laid out for travel and communication purposes. Their footpaths through the densely forested countryside grew into the first roads of the area. Chester Pike is believed to have developed from a footpath created by the Lenni Lenape as their main thoroughfare in the area.

The borough is named after a place in Cheshire, England. John Morton, signer of the American Declaration of Independence, was born and raised in a log cabin adjacent to East Ridley Avenue. He later replaced the cabin with a brick house and began farming 133 acres in the Ridley Park area.  Chester Pike, originally a footpath, was realigned and widened by William Penn. Known then as the “Queens Highway,” it was one of the region’s first roads stretching from Chester to Darby, and by 1715, it reached Philadelphia. General George Washington led his troops down this earthen road to Wilmington and eventually to Brandywine to confront the British in 1777.  In 1799, the “Queens Highway” was improved as a plank road, and tolls were levied. The population of the area continued to increase after the American Revolutionary War. Consequently, a private elementary subscription school was founded in 1800 on a site at Chester Pike and Myrtle Avenue. This was one of the first schools in Delaware County.

Ridley Park was founded by Isaac Hinckley in 1871. He was the President of the Philadelphia, Wilmington & Baltimore Railroad.  He wanted to expand the company’s rail line to gain more business in the same way the Pennsylvania Railroad had earlier created a Main Line from 30th Street Station in Philadelphia to Paoli. The Pennsylvania Railroad bought up farmland and developed towns all along its rail line. City dwellers, seeking relief from the urban crowds with their potential to spread malaria a disease that was a major health concern at the time, quickly purchased the new homes being built.

Seeing the success of this, Hinckley came up with the idea of putting in a rail line that would pass through Darby and continue all the way to the semi-rural city of Chester in what became known as the Darby Improvement.  Hinckley’s plans met with initial resistance from farmers, and at the end of the first year, he had managed to buy only one farm. Undaunted, he traveled further south on Chester Pike to the area now known as Ridley Park.

In an effort to avoid his previous bad experience, in May 1871, Hinckley formed an association to acquire the land. Hinckley hired Robert Morris Copeland, a noted Boston landscape architect, to develop a master plan for a suburban park community which became known as the Borough of Ridley Park. Copeland’s design is Delaware County’s first master planned community.  Because of its beautifully landscaped streets and parks, and its 20-acre man-made lake, Ridley Park became popular in the late 19th century and early part of the 20th century as a summer resort for wealthy Philadelphians who built most of the Victorian style homes still lived in today.

Between January and May 1870, many farms were purchased. The streets in the new development were named after the families who sold their farmland. Names such as Burk, Dutton, Free, Henderson, Stewart and Ward, are still used today. The first train of passengers-cars stopped at Ridley Park on October 19, 1872. By that time, the town had a hotel, and a dam had been built across Crum Creek, creating a 20-acre lake. By 1880, the U.S. census return recorded the population of Ridley Park as 439. The railroad was, and continues today to be an integral part of the town.