Radnor is an unincorporated community in Radnor Township of Delaware County and Tredyffrin Township of Chester County, PA. It lies near the communities of Villanova and St. Davids and is served by the SEPTA Paoli/Thorndale Line of Regional Rail and the Norristown High-Speed Line. The community was named after Radnor, in Wales. 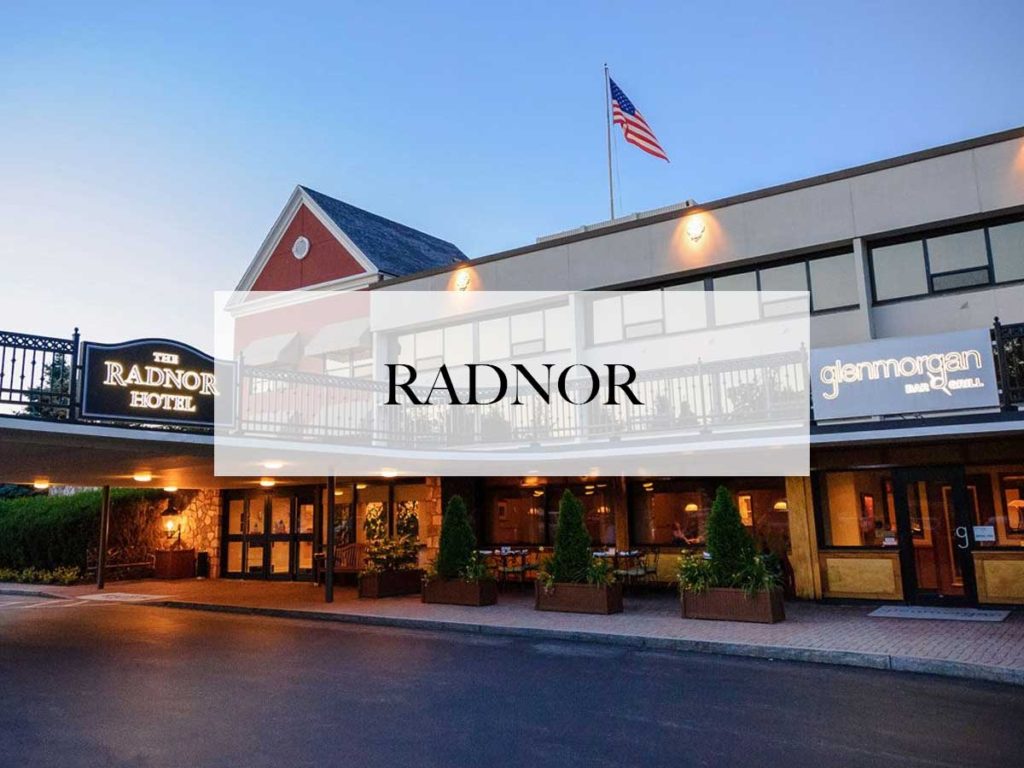 Radnor is an unincorporated community in Radnor Township of Delaware County and Tredyffrin Township of Chester County, PA. It lies near the communities of Villanova and St. Davids and is served by the SEPTA Paoli/Thorndale Line of Regional Rail and the Norristown High-Speed Line. The community was named after Radnor, in Wales.

Radnor is identified in the script as the setting for Philip Barry‘s play The Philadelphia Story.  It is also the setting of Judy Blume‘s young adult novel, Blubber.  Radnor High School is the model for “Grease”, the Director of which, Randal Kleiser, was a member of the Class of 1964, and “Taps” was filmed at Valley Forge Military Academy and College, which is also in Radnor Township.

Radnor station is SEPTA’s Regional Rail station in Radnor, Pennsylvania. It is served by most Paoli/Thorndale Line trains.

The Radnor station was originally built in 1872, according to the Philadelphia Architects and Buildings project. It was a replacement for the former Morgan’s Corner Station built by the Philadelphia and Columbia Railroad.  The station was designed by Joseph M. Wilson and Frederick G. Thorn, both later of Wilson Brothers & Company, architects. Radnor’s design was a brick variant of Wynnewood Station, with a two-story agent’s residence addition. A nearly identical version of Radnor Station was built by the Pennsylvania Railroad at Hawkins, just east of Pittsburgh.

Between 1999 and 2002, SEPTA restored and renovated the historic station building. The station building was restored, its historic eastbound shelter replaced with a modern structure, and new platforms, ramps, lighting, and signage were installed.

Kevin Smith Transportation Group offers a variety of services in Radnor, PA. On the social side, a KSTG Limo or Wedding Shuttle might be seen on any given weekend. Requests for a Limo for a Night on the Town or a Party Bus to go to Philadelphia, PA for a concert or show are routine for residents of Radnor, PA. If someone in Radnor, PA is headed to the Manhattan Cruise Terminal or Philadelphia International Airport (PHL), you can be assured that a KSTG Black Yukon or Mini Bus are ready for pickup.

Shuttle Services are also popular for companies in Radnor, PA, often moving employees from local SEPTA stations to company offices. In the afternoon, those same KSTG Sprinters or Mini Buses will take those employees back to the train as they head home to Philadelphia, PA. For companies that utilize Private Aviation to travel around the country, a KSTG Cadillac XTS or Black Yukon is likely to be seen across Radnor, PA, headed to one of more than a dozen regional airports, including Northeast Philadelphia Airport, Wings Field or Doylestown Airport.

Kevin Smith Transportation Group wants to thank everyone from Radnor, PA for choosing us as their preferred Transportation Company. With a focus on Luxury and Service, KSTG wants to be your only choice when considering transportation for everything from a once in a lifetime Wedding celebration to needing Shuttles or Sprinters for a Corporate event. KSTG and Radnor, PA, working together for all your Transportation needs.